Yesterday, as I pulled out of my driveway and headed towards the park, a herd of about 25 bison cows, calves and bulls languished on private land across the road.  My heart sank, knowing that all too soon those bison would wander, or be forced, onto national forest and be killed by Native American hunters from Oregon.  The helplessness I felt was deep and sobering and I said a silent prayer that, somehow, they would escape their deaths.

As I drove down the road, the hunters began to arrive, some already pulling trailers piled high with bison carcasses.  Each driver nodded and waved while my mind was in a murderous rage.  These were the same hunters, who, the night before, had been trying to drive two beautiful bulls off of the road and onto national forest so that they could kill them before the sun went down.  I drove straight towards the truck and stopped, holding my phone up to show that I was about to make a call.  The hunters snapped some photos with their phones and drove off, leaving me to sit beside the two bulls until darkness fell.

It is one thing to know that these hunters have a legal right to kill the bison, on national forest lands, and quite another to see them using unfair tactics to lure the animals to their deaths.  Some of the tribes are very respectful while others, such as this one from Oregon, are not.  They killed two bison in an illegal area and loaded them up and took off before the game wardens could arrive.  Blood has spilled across the entire road and gut piles left alongside for everyone to view.  They clog up the roads, with their bison carcasses in full view for park visitors to see.  Last Saturday, during a 3-day holiday weekend, bison were slaughtered next to the highway and visitors were treated to a view of some of the animals that they were coming to the park to see, being skinned in plain sight.

The Eagles and the ravens were swarming the bison carcasses along the highway.

As I continued to the park, the tears began to fall.  I stopped along the highway and looked back, across the river, at the bison still resting in the field and watched as, one by one, the hunters pulled up behind them.  As I drove on the tears fell harder and my grief was inconsolable.  I pulled into the gas station, only to find that the cost of gas had gone up.  I screamed in anger, knowing that the station’s owner lives next to our national park and hates all wildlife.  He hates our wildlife while he gouges us with high prices.  My pump routinely says .50 before an ounce of gasoline has gone into my tanks.  He seeks to rob us of our wildlife and our money.  I despise him and feel trapped that my options are few.  I could purchase gas inside of the park but they charge even more and my bank account has gone dry from the $25 a day it costs to drive into the park.

I am just plain angry that I came to Yellowstone to see the beauty of the wild animals, to watch and capture their behavior and to be calmed by the wide open, wild landscape.  To listen to the water run, the trees talk and the animals sing.  That was all I wanted – not to watch the nearby community seek to destroy what is beautiful in nature for their own selfish needs.  Not to watch this ugliness take place.

The bison migration out of the park has begun in earnest.  Seems late this year, despite it being a hard winter, but now that snow is melting the bison are leaving.  No one can stop the bison when they decide to leave.  The roads are filled with the pregnant ladies.  I stopped beside one large, red cow and looked into her beautiful eyes and said, “Please don’t go.”  Her belly was so large and her head held so high. She looked proud and strong and I know she would be a fine mama to that young one but she will not get the chance.  I spent the day angry and in tears.

Nothing much was going on in the park and I wanted to go home but didn’t dare because the bison slaughter would be in front of my face.  I try to leave before sunrise and go home after dark, to avoid seeing the death but the slow days have made that difficult.  I have seen too much.  Too much ugliness in Yellowstone, where I came to see beauty.

The park plans to haul off about 600 bison this year, and next year, and the next year, until they have the herd size down to about 3,000 to 3,500 and have satisfied their agreement with the State of Montana.  Yellowstone bison are being slaughtered for the sake of the ranchers who want to claim our public land for their cattle.  The ranchers have managed to get their way all along.  Predators are being killed, for the sake of the ranchers because they don’t have to be responsible for their own hormone, antibiotic filled cattle.  They kill our wildlife and sell us meat that is not fit or safe to eat, and this practice is condoned by the government.

I, for one, am not happy that the ranchers are pandered to by the government and are not held accountable like you and I are for our own possessions.  I am not happy that the government is allowing for us to eat foods that are not good for our health.  I am not happy that the government is not looking out for the interests of you and I but are helping the wealthy line their pockets even more.  As citizens of this country, you should not be happy either.  One by one, we can demand something better, before everything wild and beautiful is gone.  This problem runs much deeper than the bison – it affects the coyotes, foxes, wolves, mountain lions, wild horses, elk and everything else that the ranchers find to be inconvenient.

We must save our wild world before it is gone.

2 thoughts on “Death of Yellowstone Bison” 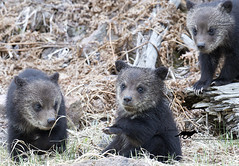 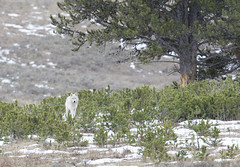 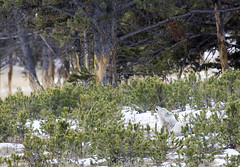 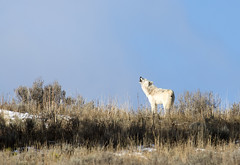 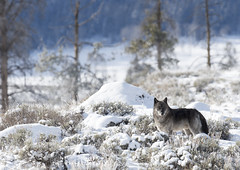 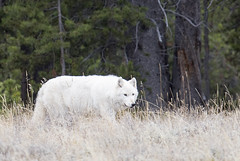 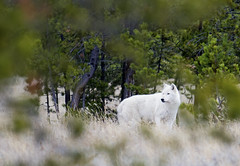